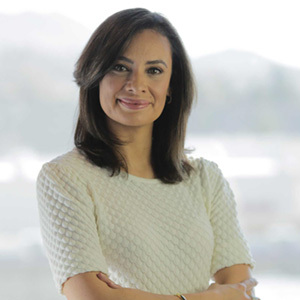 Maria Teresa Kumar is the founding president of Voto Latino. She is an activist, social entrepreneur, and Emmy-nominated MSNBC contributor seeking to shake up the political process. Voto Latino, the country's leading Latinx voter registration and advocacy organization, reaches an audience of 29 million people on social media and has registered over 1 million voters since its inception including 570,000 this cycle. It is part of the reason Fast Company named her one of the most creative business minds in the country.

Kumar served as a legislative staffer for the Democratic Caucus Chairman and is a graduate of Harvard’s Kennedy School and UC Davis.